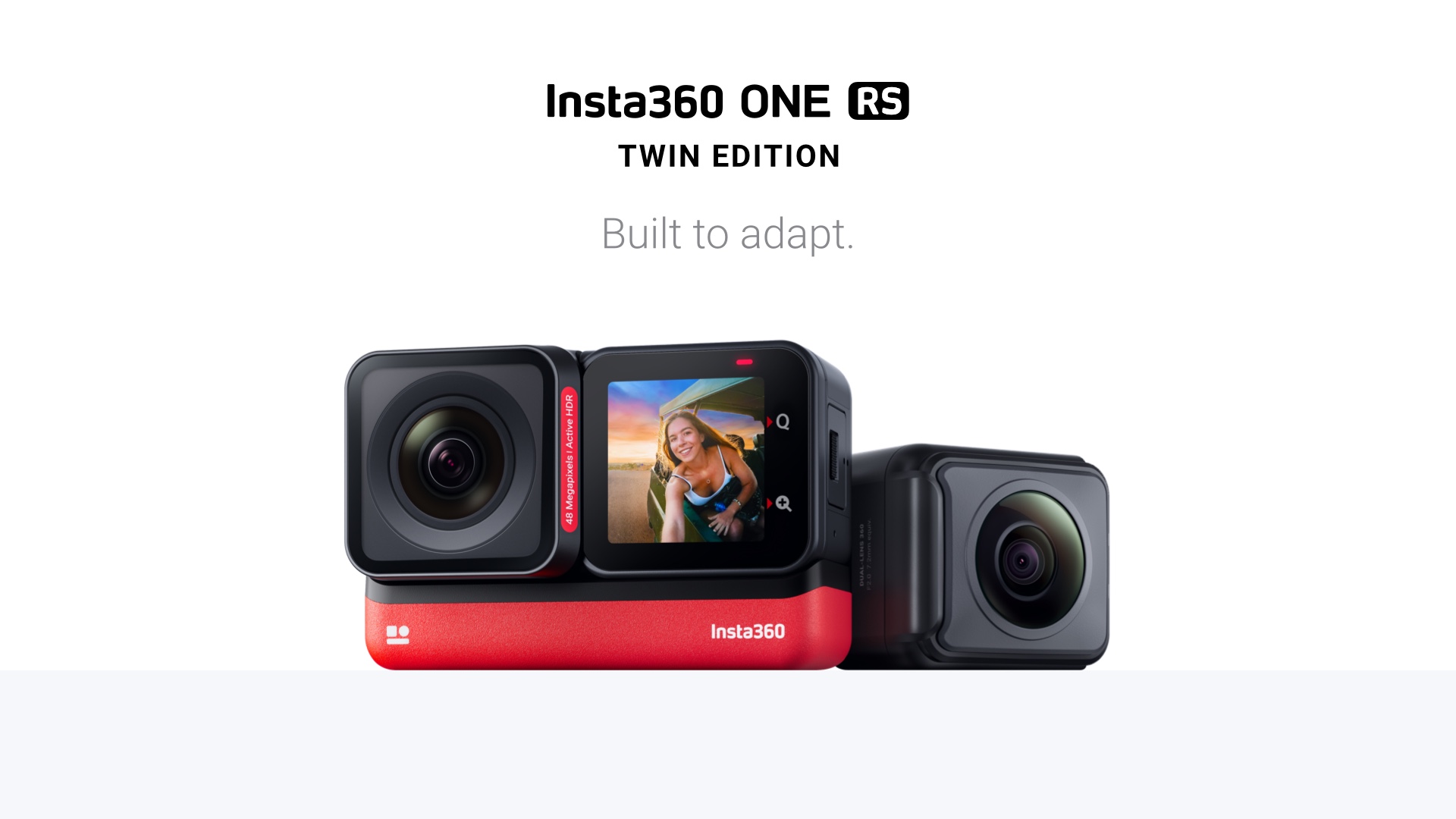 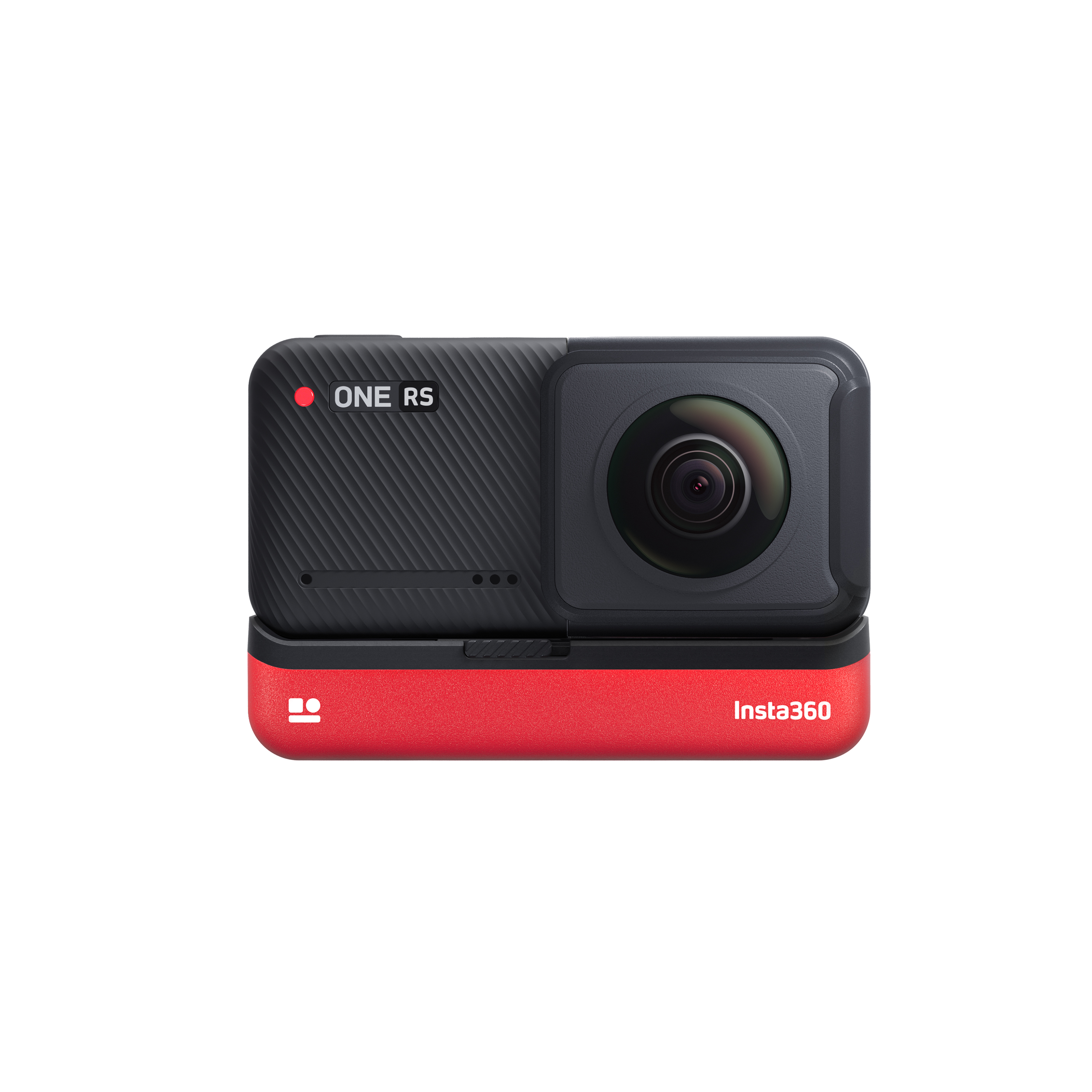 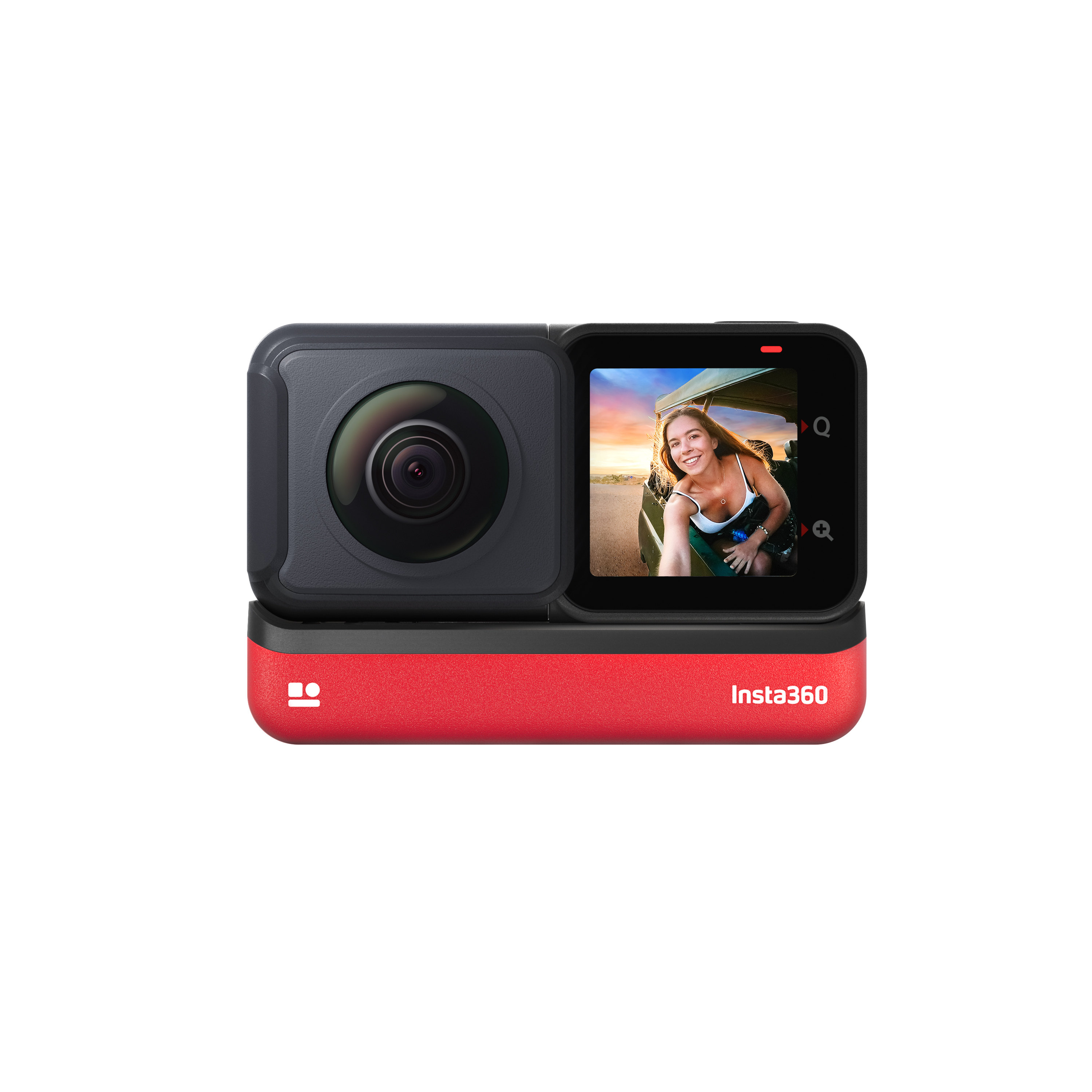 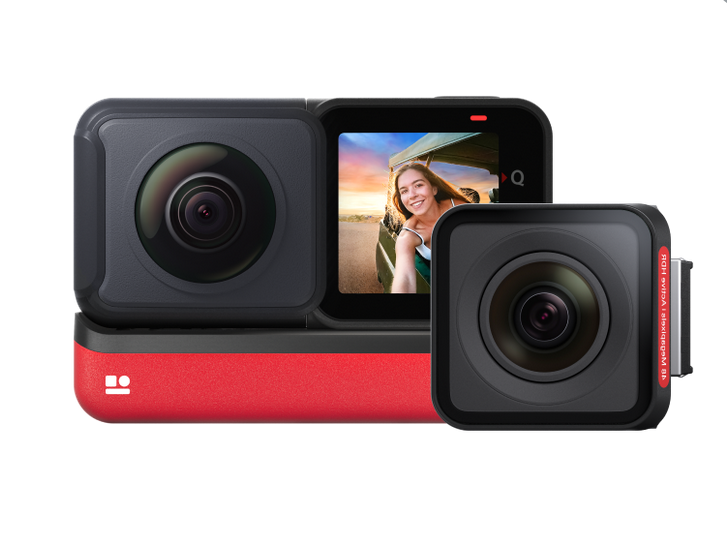 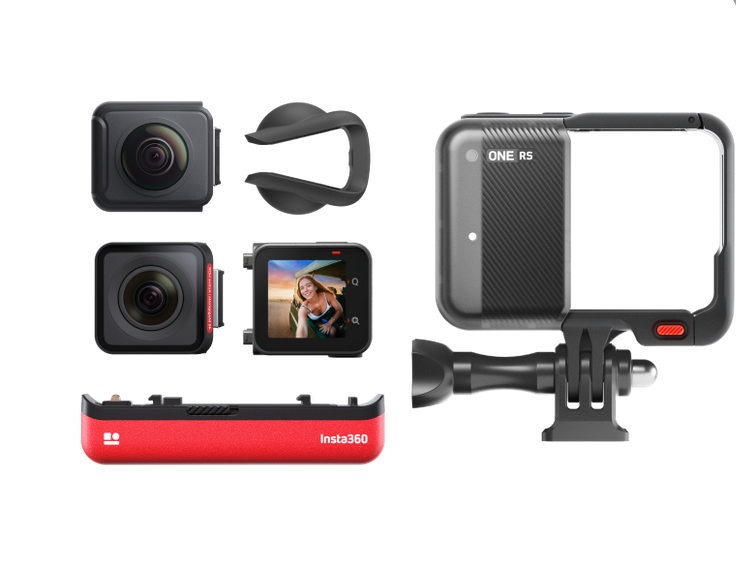 The Insta360 ONE RS Twin Edition Camera is one of the key configurations of the modular ONE RS action camera system. The Twin Edition includes the Core module, 4K Boost Mod, the 360 Mod, and the necessary Battery Base that holds the modules together. The ONE RS features 21% more battery capacity than the ONE R, and it also features crisper audio with three microphones and faster Wi-Fi transfers. The Core module, which is the brain, and any other module of your choice, mounted side by side on the Battery Base. A 1" Wide Angle Mod, which captures 5.3K resolution video, is also available separately and can be swapped in.

The Battery Base has electronic contacts that connect two modules to work together as one. Also included is a quick release mounting frame with a windproof cover and a heat-dissipating design. The ONE RS system is designed to be waterproof and can be used underwater up to 16'.

The Core module has a touchscreen live-view display and controls. When used with the 4K Boost Mod, the live-view screen can be set up as front- or rear-facing. The 4K Boost Mod also has FlowState Stabilization so your recordings come out smoother. The Core module's live screen can be swiped in all directions to see your shot from all angles and get a full 360° preview. The ONE RS app is provided as a free download for iOS and Android. One of its key features is a set of intuitive auto-editing functions, including for 360 contents.

What’s in the box: